Android TV is starting to make a name in the industry due to its powerful and flexible operating system. Hence, if you are planning to get an Android TV, one of its perks that would truly enjoy is you will be able to play Android games on it. Here is a list of games that you could try and play on your Android TV.

Asphalt 8 is a favorite of many mobile gamers. It comes in multiplayer mode and could also be played on Android TV. This game is also available on Play Store and is compatible with Mi Box. Aside from that, this game could be connected through Bluetooth gamepad on Asphalt and Android TV and what is amazing is that these technology has the ability to detect it automatically which means, you will not have a hard time trying to troubleshoot anything.

Take note Asphalt 9: Legends is also available on Android but not yet with Android TV.

A survival first person game, Dead Trigger 2 has a theme of zombie apocalypse with amazing graphics and includes the use of maps. In this game, you will have objectives and goals to achieve. To play this game, however, you will need a gamepad. Through the gamepad, you will be able to customize the controls according to your preferences.

In Dead Trigger 2, you will be in a post-apocalyptic setting wherein there are a lot of zombies that you will need to kill through the use of a handgun and melee weapon. Other types of weapons could be acquired as you progress in the game.

If you love cars, traffic and roads, this game is for you. Crossy Road is a game that will get you hooked with its simplicity. All you have to do is cross the roads and ensure that you do not get hit by any cars or traffic. You also have to avoid going out of the screen as the camera goes panning forward. Though this game is very simple, easy to play and its graphics are deliberately poor, it is very addictive.

This game requires focus, attention and speed and is better played with your remote than a gamepad.

This game not only works perfectly on Android smartphones but also on Android TV. It is a casual, straight forward and simple game to play. All you have to do is to tap and run to the next circle while avoiding all the enemies. Just like Crossy Road, though this game is simple to play, it requires attention and speed. As you level up the faster it gets.

In this game, you will be transported to different worlds and characters as you level up. This game works with Android TV remote perfectly well.

Into the Dead is popular with Android phone users and it is very exciting to play this game in a much larger screen like Android TV. Just imagine the game with much visuals and graphics that will provide you a much deeper perspective of real horror and running away from zombies and avoiding obstacles.

This game could be played easily through the use of a gamepad. Running is automatic in this game but, you will need to control the direction that you wish to go to to avoid trees, cars and the like. You will also be able to use weapons that you have found while running around.

Hovercraft is a series of games that has been very popular over the years and Getaway is not an exception. This combat racing game is really enjoyable and exciting to play. In this game you will be on the run away from the cops. Yes, you will need to avoid all cop cruisers and destroy them with the use of weapons such as lasers, guns, missiles, sniper cannons, rockets and many more.

This game is extensive and will require attention and it also works well on both gamepad and Android TV remote.

Zombie Age 2 is a side scrolling shooter type of game. It comes with light graphics and its theme is fun graphics zombies. In this game, you will not need to worry to figure how to play the game as it comes with teaching basic movements at the start of the game. Zombie Age 2 lets you use a baseball bat and a pistol to defend yourself from zombies. Though the first few levels of this game is easy, the more you level up the harder the game gets. You will get more and unlock more weapons as you unlock levels which will help you complete each level that you are in.

Badland is another amazing popular game that you could play on your Android TV. This game has good reputation that it has over one million ratings with an average of 4.5/5. Though Badland has minimal graphics, it still looks good on Android TV. This game could be played through the use of a gamepad.

This game is similar to tap to fly type of games but less annoying. In Badland, you will need to avoid hitting walls and obstacles. As the game progresses, the more difficult the game gets.

BombSquad is a game that you would enjoy playing with your keyboard. If you wish to play this game on your Android TV, all you have to do is attach a keyboard to your TV and you are good to go. This game comes with different game modes which you would truly love and enjoy. It has single player or co-op and multi-player mode as well. The goal of this game is to kill all your friends’ characters by punching, throwing, lifting them or throw bombs at them.

If you are looking for a unique type of game, Does Not Commute is your best bet. Though the start of the game is a bit confusing, as you go through with the game the clearer your goal will be. This game includes a series of stories about different people going somewhere and this is where your goal comes in. You will need to make sure all these people get to their destination at certain limited time and at the same time, you will need to avoid any collisions with other cars as well. You will need to figure out which roads provide you the shortest path to ensure you will be able to get to their destination on time.

If you need something to kill time, play Mars: Mars. Similar to Does Not Commute, this game’s objective is not clear at the start of the game. In this game, you will play the role of an astronaut who will be sent to Mars. You will need to manage your flight, spacesuit and landing. Caution, this game is very addictive.

This game is another racing game that you could play on your Android TV. Beach Buggy Racing is easy to play and easy to understand. At the beginning of the game, there will be a tutorial on how to play the game. Hence, you will not need to worry about figuring out how this game works. All you have to do is power up and aim rockets at your opponents to get them out of your way. In this game you could also defend yourself by putting up a shield.

This game will engross you with its well-designed levels. The game is easy to play and easy to understand but difficult to master its controls. Leo’s Fortune lets you play the role of a moustached fluffy ball whose goal is to hunt a thief who stole his fortune. There are 24 levels in this game and some bonus games.

Sky Force Anniversary is a scrolling shooter type of game. The goal of the game is for you to shoot and blast your enemies with stars that you will need to collect. You will also need to save all the people stuck on an island. This game is very exciting and will definitely keep you hooked up. Sky Force Anniversary could be played on Android TV remote but using a gamepad is highly suggested.

Fast Like a Fox is a side runner type of game where you have to play and complete levels. Playing this game will keep you entertained and will keep you hooked up. The game starts off by someone stealing all the foxes’ treasures and your goal is to find all of the stolen good and return them all as fast as you could. The game is easy to play and is recommended to play it with a gamepad.

Who does not know GTA? For sure all gamers know the game GTA and this game is amazing especially when played on Android TV. In this game, you will be able to play the role of Toni Cipriani, the trusted guy of Leone Family. As you return to the streets of Liberty City, you will need to take the city back in the control of Leone Family. Hence, in this game you will encounter politicians, business tycoons and mob bosses as well.

In collaboration with Bridge Construction games, this new game is all about simulation and puzzle type of game that is perfect to be played on Android TV. In this game, you will play the role of an employee of Aperture Industries wherein you will work with AI assistants to build bridges. You will need to use portals, aerial faith plates, propulsion gel and many more. If you are one of those who loves to solve puzzles and put things together, this game is perfect for you.

If you are a Star Wars fan, you would definitely enjoy this game. You would love to know that this version is not compressed and works well on Android TV. This game is set thousands of years before the Rise of Galactic Empire and is during Jedi Knights have fallen against the Sith. Yes, in this game, you will play the role of a Jedi and you will need to resist any temptation to join the Dark Side and save the Galaxy.

Be prepared as this game is very extensive and very detailed which will get you hooked up.

This game is similar to Super Mario and if you are a fan, you would also love this game. You will need to avoid and get through a number of obstacles at the same time defeat all your enemies. At the end of each level, you will encounter a much bigger enemy which you will need to kill. In this game, you will be able to get your hands on a number of different weapons to defeat all the enemies.

This game is another game that is perfect to be played on Android TV. It uses graphics that look like 8-bit old games but it is very enjoyable to play. It comes with a storyline and is narrated with gusto. If you will play this game, be ready to strategize and think on how to be able to get to the next higher levels. Take note, though this game is enjoyable, it is not suitable for children due to language used.

There are numerous games that could be found that could be played on Android TV. Though that is the case, we highly recommend that you try the 20 mentioned games above and we could assure you will have an amazing gaming experience that you will never forget. So what are you waiting for? Download and start playing these games on your Android TV! 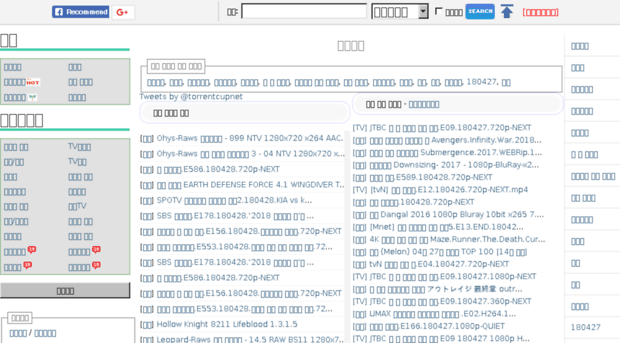 Best Sites to Use Instead of TorrentKim 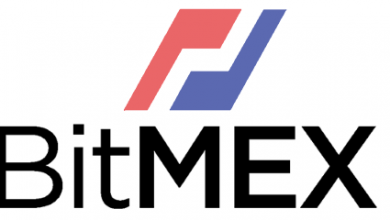 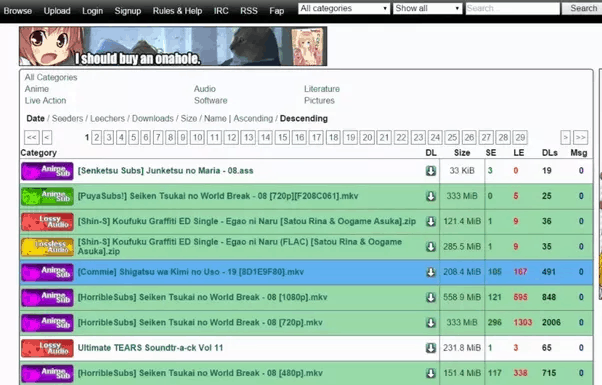 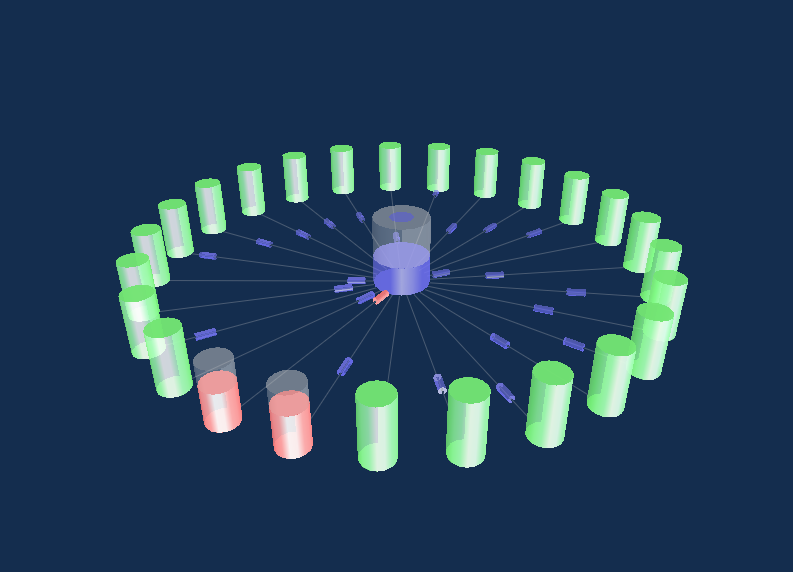