It seems like the NSA can’t do a good enough job to keep its files secret, or probably the working relations at the company are not quite safe at the moment. Reports indicate that the FBI had to secretly arrest another of the NSA contractors because he had stolen some secret codes which were used to hack Russia.

The National Security Agency contractor was arrested by the FBI, secretly, after suspicions that he had stolen some of the hacking tools and codes which were used against Russia and China rose. The acts of the contractor could potentially be a grave factor to the national security. Just as former NSA contractor turned whistle blower Edward Snowden, the contractor is also believed to have been working for the consulting firm, Booz Allen.

The firm is said to be amongst most of the most sensitive cyber operations which are conducted over at the NSA. The news was given to reporters by some law enforcement and intelligence sources.

The consulting firm currently has a consulting contract with the NSA, and is assisting in various issues at the agency. The irony is that one of those issues is identifying some employees who might be stealing confidential documents from the law enforcement agency. Back in 2013, Mr Snowden who now lives in Russia after being granted asylum there, stole more than 1.5 million documents which had government secrets some which touched on the agency’s surveillance programs, especially on the targeted US citizens.

In the recent case, the FBI is alleged to have secretly arrested the guy who was revealed to have been in connection with some recent leaks. Harold Thomas Martin, a former Navy lieutenant and lives in Glen Burnie was arrested in August and has been in custody since his first court appearance. Search warrants were taken by investigators, and on August 27 they searched his Maryland house according to the Department of Justice.

During the search raid of his house, the authorities managed to find some hard copy documents together with digital information which was reportedly stored on various devices. In the criminal complaint, most of the stolen property was classified as sensitive compartmented which is one level higher than top secret. Martin is being charged with government property theft and the unauthorized removal of the classified documents.

Martin agreed to grant an interview and initially denied stealing any information from the NSA. However, after being confronted with the documents, he admitted that he had taken the documents and the digital files which were from the work assignment to the residence and the vehicle and he knew they were classified, as the complaint states. The complaint also noted that Martin said that he knew he had done wrong and that he knew that he shouldn’t have done it because it was unauthorized.

It is too early to know if the actions were in any way politically motivated, and one unnamed administration official even noted that Martin might have taken the files even before Me Snowden had gone forward with his leaks.

The documents which Martin stole are said to be the source code which the NSA used to break into the computer networks for their rival powers which include Russia, China, North Korea and Iran. There is also speculation that the information taken might have been on how the NSA had been methodically weakening the security of some of the exported US computer equipment.

The arrest of Martin is another blow to the intelligence unit in the country, and marks the second time that a contractor is stealing data from the NSA. 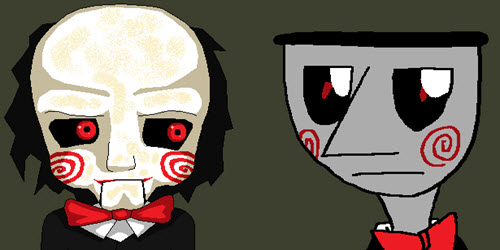