Capitol Hill was under attack by hackers who were hoping to get into congressional computers, encrypt them with their own technology, force the users out of their devices and then demand payment from them to get their access back. 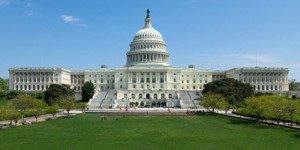 The House’s Technology Service Desk wrote in an email to its employees that they had encountered an increased number of attacks on their networks via third party web based email application such as YahooMail and Gmail. The email also indicates that the emails were an impersonation of familiar people that the House staffers thought they know. The email would then lure the staffers to download an attachment that would contain malware. These are the attacks known as phishing attacks.

The email goes on to say that if an employee was to click on the link in the email they had received; the link would then release a malware on the computer which would encrypt all the files contained on that computer. Shared files are also not exempted, and the malware makes the files unusable until the computer owner pays the ransom demanded by attackers.

House administrative offices have however refused as yet to mention whether there have been any successful attacks or what kind of data might have been affected and if any ransom has been paid.

A spokesman for the Chief Administrative Officer of the House said in a statement that the House was just like any large organization out there right now facing more and more ransomware attacks. He goes on to say that the House was taking measures to ensure a cyber security plan thereby protecting the infrastructure and assets of the House. He also said that they worked continuously to improve training and the education for all the users at the House.

There has been an ongoing lockdown on some parts of the House Internet network. Gmail and YahooMail access on the House’s networks have been blocked completely, Ted Henderson says. He is a former Capitol Hill staffer and has gone on to launch two applications that are created for Capitol Hill communication. The two apps are known as Cloakroom and Capitol Bells. As yet it’s unclear as to whether the blockades on Yahoo and co are because of the ransomware attack.

Henderson said that social networks were out of bounds for the staffers at the House. He said that this was, to him, the first time that the House had gone to such extent security wise.

Over the last few months, legislators have written to the governing administration asking how they are dealing with the issue of ransomware. Analysts believe that since the Congress is now the one being targeted, the issue might just gain the national traction it should be having. Zapfraud founder, Markus Jakobsson said the happenings in Congress are becoming the norm in the tech industry. He says he hopes the issue is going to hopefully attract awareness.