FBI recently revealed that they had found a way to unlock the iPhone, which was responsible for the court battle between the Justice Department and Apple,  which did not involve asking for Apple’s help. The news meant the case between the two entities was thrown out of court. 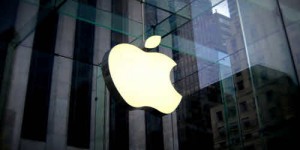 After successfully unlocking Syed Farook’s iPhone, the terrorist who killed 14 people in San Bernardino, California, the FBI have offered their help to unlock another iPhone and iPod involved in another case. The federal Bureau investigation agreed to a request from the prosecuting attorney engaged in a separate Arkansas case. The homicide case in Arkansas features two of Apple’s devices which the local police had been unable to unlock till present time. The two devices belong to the accused, according to the Associated Press.

Authorities have not revealed the models of the smartphones involved in the Arkansas case, and it is also unclear as to whether the FBI plans to use the same technique they used in unlocking Farooq’s phone or if they have another trick in the bag. However, the news that FBI is offering its assistance to unlock another of Apple’s devices comes at a delicate  time for the company.

Apple’s legal team have been trying to find loopholes that would allow them to legally compel the FBI to reveal the unlocking technique that the law enforcement agency found. Reports from LA indicate that Apple may be doing this to try and plug the vulnerability which the FBI is exploiting to unlock its devices and, therefore, protecting their phones from the same method in the future.

According to Reuters, Apple might not be able to find the legal way to push the FBI to reveal its secrets and in any case if they did, the FBI would not easily give in but rather fight the smartphone making giant in the courts over the matter.

In the San Bernardino related case, which FBI was asking for Apple to create a backdoor for them, the agency had mentioned that if Apple were to comply the backdoor would only be for one case and not for any other related cases. But since Apple was not the creator of the backdoor that the law enforcement agency now possesses that condition no longer applies. This gives the FBI a foothold advantage in that they can now unlock smartphones without needing a court order which would demand Apple’s help.