Millions of internet users around the world rely on VPN services and Tor to keep their privacy protected. Unfortunately, Belarus has taken a similar stance as Russia on Tor and it blocked access to this service. The bad news for users in Belarus who want to keep their online traffic private don’t end there. The government in the Eastern also decided to restrict access to VPN services as part of their efforts to prevent people from using anonymity software. Although the regulations imposed were not welcomed by online freedom and privacy advocates, the Belarusian officials insisted that the purpose of the block was to restrict access to resources that contain information that is not permitted under the legislation.

Access to Tor was restricted towards the end of 2016 and since then the amount of Belarusian Tor users has decreased significantly. Although the government stated that the measure was not implemented to prevent anonymous access to the internet, the brutal crackdowns of recent anti-government protests in the country, suggest that privacy and online freedom are indeed being targeted in Belarus. The telecommunications implemented in 2016, not only stops users from accessing tools that facilitate anonymity, it also allows the government to create a list of blacklisted websites. The law states that only government officials and ISPs will be able to access the restricted content and they can also add or suggest new websites that should be blocked.

The guidelines to restrict a website are vague and although they specify that websites that refer to illegal drugs are not permitted, they also indicate that the blocks will affect websites that include “prohibited information”, that don’t comply with the laws on mass media or that receive a written warning from the Ministry. Under these terms, any website could be potentially banned. Since the Belorussian government seems to be focused on getting a stronger control over the internet, Tor and VPN services represent a threat given that they can help people to bypass the restrictions implemented. While the government may argue that blocking the service can prevent access to illegal content, the reality is that the measure will also affect users who want to protect their privacy and enjoy freedom on the internet.

While Belarus may block access to the Tor website, as well as the Tor exit nodes in order to ensure that the service can’t be used, it is likely that the government will face bigger challenges when it comes to blocking VPN services. After all, the Great Firewall of China, which is considered as the strongest censorship system in the world, has not fully succeeded at blocking access to VPNs. Some VPN websites have been blocked, but there are still many options that work well and even if the websites are restricted, the providers have found ways around this to ensure that customers can use the service without issues. The best VPN services offer a high level of encryption to protect data and they can also update their network constantly to bypass the blocks effectively. 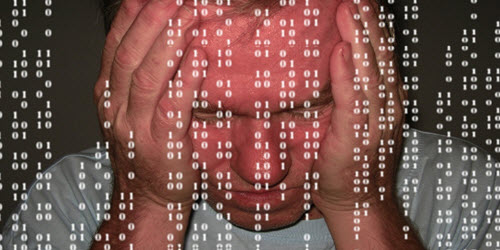