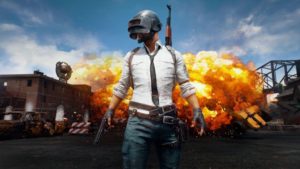 PlayerUnknown’s Battlegrounds, simply known as PUBG is a competitive multiplayer online video game created by PUBG Corporation, which is part of Bluehole, the publisher behind popular titles like Tera. PUBG was created by Brendan “PlayerUnknown” Green, an avid gamer from Ireland who started working on his mod, taking inspiration from Battle Royale, the Japanese cult movie released in 2000. Greene aimed to offer a game that was not just about a player’s ability to shoot fast, but that also involved gambling, bargaining abilities and an element of surprise. In Battle Royale (the precursor of Battlegrounds), the experience is always different and the danger can come from unexpected sources.

The mod evolved and upon its release in 2013, it became popular almost immediately. Eventually Bluehole contacted Greene and he currently works as creative director for the company. PlayerUknown’s Battlegrounds was released onto Steam’s early access program recently and it has gamed incredible success, getting to the top of the sales chart. The official release will take place in the coming weeks and many players can’t wait to put themselves to the test and face other players in a fight for survival. Battle Royale fans will find in Battlegrounds the same game structure. The aim is to kill others and to avoid getting killed, by any means possible.

In Battlegrounds, players battle against each other in an island. The safe area of the game is decreased over time and the surviving player is forced to move to tighter areas where they will have no choice but to face their enemies. The winner is the last player or team that is still standing at the end. Before the end of the year, there will be a full release of the game but in the meantime, it is already one of the most played games on Windows thanks to its early release on Steam. The downside is that players in some countries have experienced issues when trying to connect to the game. There are cases in which the problem is due to blocks imposed on VoIP in places like Saudi Arabia. This prevents users from communicating with other players.

Disabling the voice chat doesn’t work in all instances and for many, the only way to tackle the connection issues is using a VPN. Although some players may be concerned that using a VPN may be against Steam or the game publisher’s terms, there are legitimate reasons to use this technology. Using a VPN can help to solve latency issues and it works for many players who have reported connection problems. A VPN also adds security to your connection, helping you to prevent DDoS attacks and other threats. The below VPN providers are good options for Battlegrounds and gaming in general. They are fast, reliable and provide high security.

ExpressVPN is one of the fastest services in the VPN industry and it is an effective way to bypass restrictions to play and stream content from anywhere in the world. They have servers in over 90 countries, including South Korea, which can offer better performance for PUBG or similar games. ExpressVPN protects your connection with high encryption and its software is easy to use. Also, it doesn’t keep logs of your internet traffic.

Surfshark’s remarkable speed and effective unblocking technology get together to offer Battlegrounds’ players an incredible and secure gaming experience. You can get around restrictions and enjoy advanced protection for your traffic, thanks to the No Borders mode and the Camouflage mode, which are designed to ensure that you can enjoy online freedom anywhere. Surfshark also supports features that enable you to play your favorite games, without compromising the security of your connection. There are servers available in over 50 countries and Surfshark lets you enjoy unlimited connections at the same time.

NordVPN enjoys a strong reputation as one of the most secure VPN solutions available. It is the preferred VPN service for many privacy-conscious users due to its zero logs policy. It also offers advanced security features such as double hop encryption, Tor over VPN and a kill switch that prevents your real IP address from being exposed, even if the VPN connection suddenly drops. NordVPN supports up to six simultaneous connections and you can connect to over 1000 servers in over 60 countries.

VyprVPN is a tier-1 provider, which means that it manages its network of servers. Thanks to this, VyprVPN is capable of providing incredible speeds and reliable connections for gaming. VyprVPN is the VPN service offered by Golden Frog, a company with extensive experience in the internet services industry. VyprVPN has the trust of players from around the world and it is the chosen VPN solution in many gaming events. They have servers in over 70 global locations and protect you against DDoS attacks. VyprVPN is fast and it’s Chameleon technology will help you to solve connection issues so that you can enjoy PUBG without hassle.

Widely known as PIA, this provider has become one of the best solutions around the world thanks to the fast connections, high security and affordable plans. Apart from the strong encryption of the VPN server, PIA offers great speeds through its SOCKS5 proxy. This is a good solution to overcome restrictions and enjoy your favorite games anywhere. However, if you also want to keep your traffic protected while playing Battlegrounds and other games, PIA uses top-grade encryption that prevents others from seeing what you are doing. PIA has over 3000 servers in over 30 countries.

The game has been banned in Nepal, Iraq and some parts of India after reports of the adverse health impact on the players who played it for long periods.

Errors and bans with VPNs

Luckily for PUBG’s fans, Brendan Green and the team of developers behind the game, are quite flexible and don’t impose geographical blocks. This means that PlayerUnknown’s Battleground can be access from anywhere and players can join any server they want. That is not all. Unlike other games, PUBG seems to be ok with players connecting to the service using a VPN. The downside is that Steam does have an issue with this and since they own the rights to hosting PUBG on PC, if you are caught using a VPN, your account may be banned.

When it comes to the mobile platform, it is worth mentioning that the smartphone version of PUBG is increasing its popularity due to the fact that it gives users the chance to join the Battle Royale mode and play on the go. Using a VPN takes care of an issue in the app version that stops people from accessing the game fully when they are playing from a country where the game has not been released yet. In order to be able to bypass this error on your mobile device, you just need to install a VPN app on your device and connect to a VPN server in a country that is already supported by a PUBG.

Setting up a VPN with PlayerUnknown’s Battleground

The most difficult part of dealing with a VPN is to select the right one. After that, you shouldn’t have major issues, as along as you select a reliable provider that offers high quality software that can be easily installed. First we need to say that while there are free VPNs available, in order to be able to bypass restrictions without issues, we highly recommend that you opt for a paid service. After you set up a subscription, you can download the software and install it on your device.

There are differences in the layout and things may work in a different way with each provider, but in general there is a connect button and a server change button. It is likely that this option is located in the main menu after you sign in. You will see a list of available connections, but to be able to defeat the restrictions on PUBG, it is recommended that you select the server you want to connect to manually, instead of letting the app choose aromatically.

It is also important to consider the VPN protocol before launching the game. The protocol is what determines the strength of the encryption, as well as the latency that is experienced and that has an impact on the network speed. The VPN app may suggest the fastest VPN you can connect to, but overall, the best choice is to go for OpenVPN and PPTP. In any case, you should avoid using a proxy because although it offers similar functionality as a VPN, it doesn’t protect your online traffic from tracking and malware threats.

What should you look for in a VPN?

There are several VPN services available in the market, but not all of them offer the features that make the worth considering. One of the main things that you need to look for is fast servers, particularly if you want to play online games. A VPN adds encryption to the internet traffic, which results in slower speeds. However, good VPNs know how to minimize the impact on your connection’s performance. When it comes to server locations, it is good to have more options available, but it is not incredibly important in this case since you probably will only need to connect to servers in the United States and most VPNs support this option.

Another aspect that is worth keeping in mind is the quality of the software. Check reviews and read carefully the information offered on the provider’s website before subscribing. A good desktop or mobile app will ensure that you enjoy the best possible experience. Last, but not least, check for kill switch and split tunneling features. The first feature is crucial to protect your privacy since it prevents that you real IP address and location are exposed, even in case the VPN suddenly stops working. In the case of split tunneling, this is a feature that helps you to have more control over your VPN connection. You can choose what apps have to be directed through the VPN and which ones can use the regular internet connection. This saves you the hassle of toggling the app on and off between play sessions.

How to watch the ICC Cricket World Cup live online 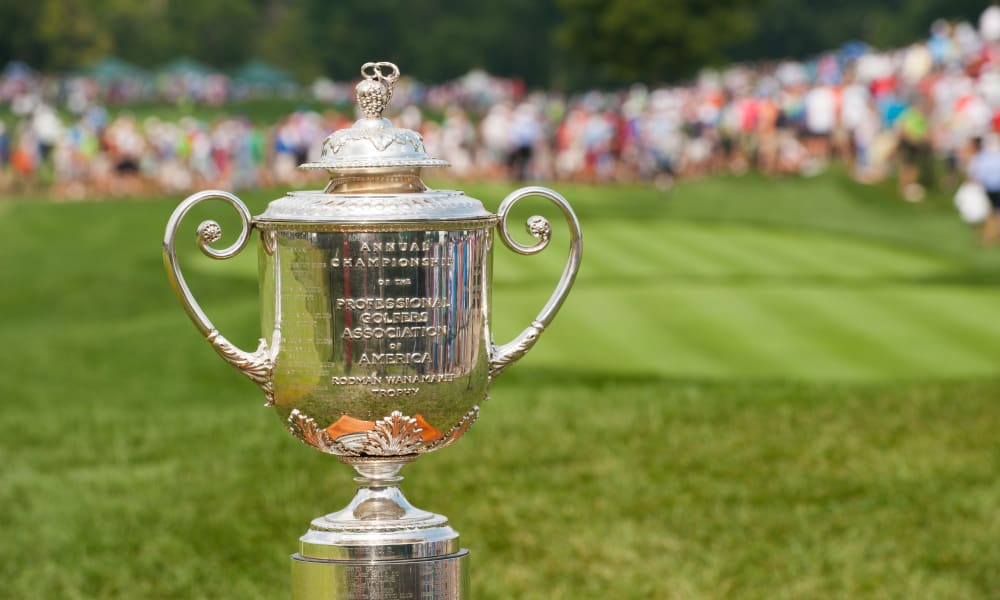 How to watch the PGA Championship Live Online 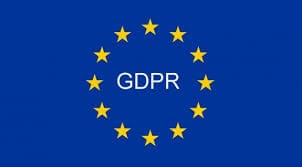 Best VPN to access websites blocked due to the GDPR 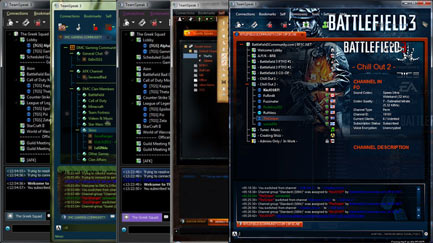 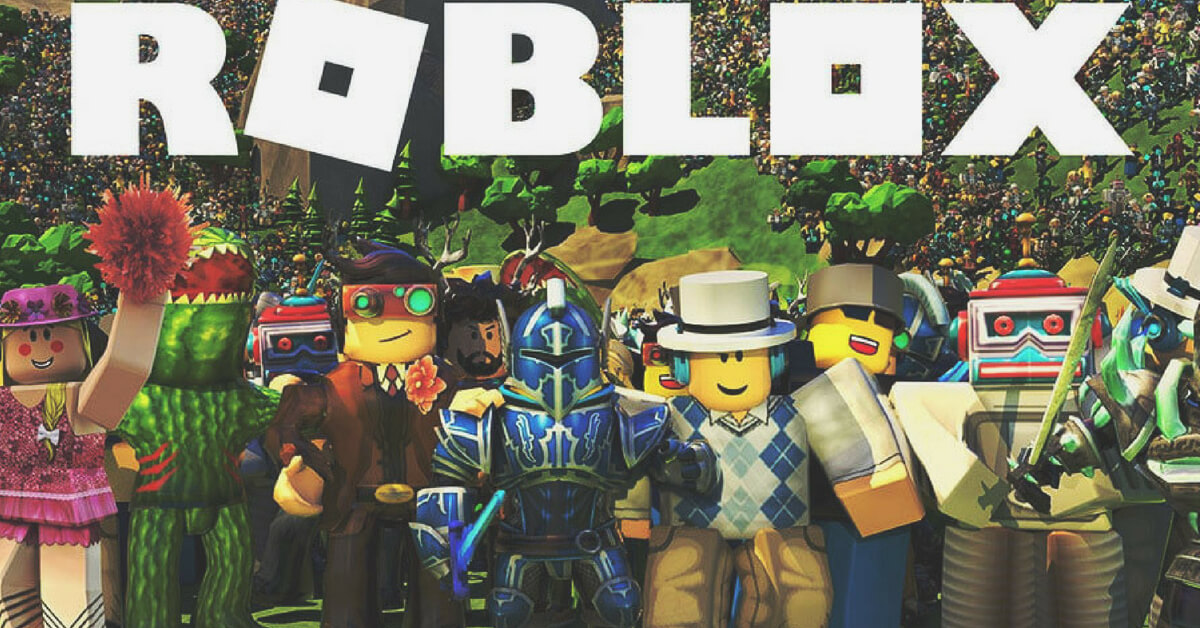 Check Also
Close
Follow Us
Contents hide
1 ExpressVPN
2 Surfshark
3 NordVPN
4 VyprVPN
5 Private Internet Access
6 Errors and bans with VPNs
7 Setting up a VPN with PlayerUnknown’s Battleground
7.1 What should you look for in a VPN?
Facebook Twitter WhatsApp Telegram
Back to top button
Close
Close
Close
Close
Log In
Exclusive Offer: Get a 49% Discount off ExpressVPN   Get This Deal