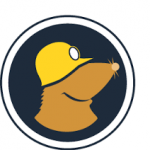 Mullvad is focused on offering anonymity and privacy protection through the use of advanced encryption technology. Since Mullvad is committed to help customers to keep their information private, they don’t even request an email address during the sign up process. Mullvad is based in Sweden and it has been operating for almost 10 years. Thousands of users rely on Mullvad to add security to their internet connection and in this review, we’ll find out if the provider deserves that trust and if it truly brings a high standard of protection, and efficient performance.

When it comes to protocols, Mullvad only supports OpenVPN and WireGuard. The first is a well-known solution that hasn’t been compromised and the seconds is a new crypto-based protocol that is still being developed. This secure networking tunnel is set to become one of the best protocols available thanks to its simplified but advanced technology. It can offer incredibly fast connections and it is supported on Linux, Android and Windows. Mullvad uses AES 256-bit encryption and no IP leaks were detected during tests. However, we would like to see more detailed information on the technology used.

Mullvad doesn’t keep ant logs and the official website doesn’t keep track of your login details. When you sign up, you are not asked to provide an email and password, instead, you get an account number. The numbered accounts system adds trust in the privacy protection that Mullvad offers. Plus, they accept Bitcoin as method of payment, which means that you can pay for Mullvad without exposing your identity. However, there is a downside and that is the fact that Mullvad is based in Sweden, a country that is part of the Fourteen Eyes spying alliance. While this may cause concerns among those who want the highest standard of privacy, the fact that no logs are kept and that no personal details are required during sign up, may help to ease the worries.

Mullvad has software for Windows, Mac and Linux. The VPN can also be used on Android and iOS, but you will need to set it up manually and the process can be complicated. The same goes for gaming consoles, routers, smart TVs and other devices. Now back to the software, unfortunately they are not very user friendly. Some users complain about connection issues such as failed connections, in spite of several attempts. Considering the lack of mobile apps and the complicated design of the desktop software, it has to be said that Mullvad is not the best option for beginners.

Mullvad includes DNS leak protection, which adds further security to your connection. The network of servers provides access to almost 200 servers in over 30 countries. While there are not as many servers and locations as what you get from other VPNs, the selection is varied. The main issue is that Mullvad doesn’t give you a clear overview of the servers that you can connect to. The information is shown in a confusing way, and it is not easy to find. The good news is that Mullvad allows P2P and there are even some US servers that allow you to unblock the Netflix library in that country. You can use up to five connections at the same time.

Mullvad’s desktop version includes an internet kill switch, which will automatically shut down applications in case the VPN connection drops. Mullvad also offers IPv6 tunneling and Port forwarding, an highly effective solution to bypass firewalls. Although slow down are normal when using a VPN due to the encryption used, some VPNs offer better results than others. Mullvad is one of the providers that will allow you to overcome restrictions so that you can stream content smoothly. Its European servers are particularly fast and will allow you to enjoy security and defeat censorship and blocks.

Mullvad may have a complicated software and setup, but it offers simple pricing. You just need to create an account, which is very easy and only takes a few steps. The price for 30 days of access to the service is 5 EUR, which is roughly $6. There are no subscriptions or yearly plans available, you just pay on a monthly basis to use the service. As previously mentioned, Bitcoin is accepted. You can also pay by cash, but it is important that you read the refund policies carefully as they don’t apply in every case. The fact that there are no long term plans can be convenient if you prefer not to be tied by a subscription.

Customer Support is an important part of any service and VPNs are not an exception. Even if a VPN works well and is easy to use, it is likely that you will have questions at some point. This is why it is important to check what contact options a VPN provides. Many people prefer live chat since it is a fast and convenient way to get in touch with the customer support team. Unfortunately, Mullvad doesn’t offer this option. This wouldn’t be a big deal if they had a comprehensive knowledge base and if their email support was efficient. The problem is that both are disappointing. The knowledge base is not very detailed and you may need to wait for a while before you get a reply to your emails.

Mullvad may be a good solution if you are technically savvy and want to boost the anonymity of your connection. However, inexperienced users will find that the service is complicated. Mullvad works well, but the interface of the desktop software is not exactly straightforward. Plus, there is are only apps for a few platforms. Compared to other options, Mullvad is expensive and it doesn’t offer as many features or servers. Although Mullvad is a decent VPN, in the competitive world of VPNs, it just doesn’t manage to get ahead.

Follow Us
Contents hide
1 Privacy and Security
2 Features
3 Plans
4 Customer Support
4.1 Conclusion
Back to top button
Close
Close
Close
Close
Log In
Exclusive Offer: Get a 49% Discount off ExpressVPN   Get This Deal