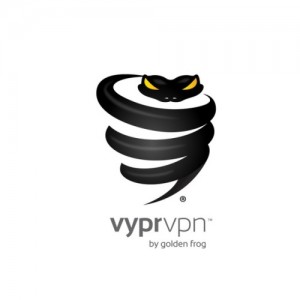 VyprVPN can be considered a heavyweight in the world of VPN providers. A Golden Frog company, its founders have been operating internet businesses since 1994, and launched VyprVPN in 2009 with the goal of providing unrestricted, secure, and private web access to users all over the world. They own and operate their own tier-1 network, which allows them not only to have full control over the security of your data, but also the ability to deliver blazing fast speeds on direct routes across their servers. They are a Swiss company not subject to US agencies.

In the past, VyprVPN kept some logs for 30 days, but as of November 2018, the provider has a no logs policy. Not only that, VyprVPN is the first VPN service to be publicly audited, which confirms it commitment to offer a solid and reliable privacy solution. The fact that VyprVPN has adopted a zero logs policy makes it a good solution for torrent fans and privacy conscious users. The service has plenty of merits for not logging any encrypted web traffic, all while providing access to geo-locked content all over the globe, on a completely private network. The premium plan includes Deep Packet Inspection protection through the exclusive Chameleon protocol, which successfully bypasses governmental VPN blocks such as in China.

VyprVPN offers a variety of protocols to give customers the chance to select the level of encryption, speed and protection that better suits their needs. The options available are OpenVPN, L2TP/IPsec, PPTP and Chameleon, which is a unique protocol that supports unmodified OpenVPN 256-bit protocol. Chameleon is an exclusive technology that hides the fact that a VPN and it also prevents deep packet inspection. Chameleon is an effective solution to overcome VPN blocking and throttling so you can enjoy true online freedom and security, no matter where you are. Even if your network or the government in your country have implemented restrictions that aim to prevent you from using a VPN, you will be able to enjoy the security that OpenVPN offers, thanks to the fact that Chameleon hides this traffic.

The additional NAT firewall adds an essential security layer against hackers trying to break into any of your devices. This is always a good feature to have during travels or using public WiFi connection spots, as they can often be a perfect location for attackers to prey on users.

The fact that Golden Frog operates their own true tier-1 network does not only help with speed, but also ensures much better control of your encrypted data. All DNS servers are also hosted in house, with VyprDNS zero-knowledge technology designed to prevent third parties from logging DNS web data or blocking access to websites and services.

In the past, there were some concerns about the safety of using VyprVPN for torrents and P2P traffic. This was due to the logging policies that the company had in place, which stated that some information was retained for up to 30 days. The data included connection times, IP addresses and bandwidth used. While there were no logs kept of users’ traffic, the fact that some records were kept for 30 days, was considered as a major downside of the service. However, VyprVPN is now a zero logs provider that focuses on helping its customers to keep their privacy fully protected.

The privacy policy was updated in November 2018 and it reveals that VyprVPN has not only moved to a no-logs policy, but it is also leading the way by becoming the first VPN service to be publicly audited to prove that it is true to its claims. VyprVPN was independently audited and the audit confirmed that it doesn’t keep any logs that could compromise the privacy of its users. This shows that VyprVPN is truly committed to privacy and to gain the trust of existing and potential customers. VyprVPN had already earned a spot in the list of the best VPNs available thanks to its advanced technology and fantastic speeds, but the update to the privacy policy makes the service even more appealing. Just take a look at VyprVPN’s policies in their own words:

It is also worth noting that VyprVPN is based in Switzerland, a location with strong laws that protect privacy. It is also a country that is not part of spying alliances like the Five Eyes.

VyprVPN users have exclusive access to VyprDNS, the zero-knowledge DNS solution supported by Golden Frog. Your DNS requests are not logged and as out test confirmed, there are no reasons to be concerned about DNS leaks either. When you use VyprVPN, your real IP address is masked and there are no leaks that could put your privacy at risk.

VyprVPN has a true tier-1 network. This means all their server space and infrastructure, including DNS servers, are 100% owned and controlled by VyprVPN’s parent company, Golden Frog. This means no third party companies hosting, or getting access to your personal information. The network itself now covers more than 70 locations around the world and it includes hundreds of servers across 6 Continents. Each session is anonymized through the use of over 200,000 shared IP addresses. Their VPN client allows you to quickly switch between VPN locations and protocols from the included drop-down menu.

VyprVPN has absolutely stunning applications available on Windows, macOS, iOS and Android. All iterations of the native app include easy 1-click connections with no set up. The mobile applications in particular boast very high marks (4+ / 5) on iTunes and Google Play and are becoming a necessity in a world where our mobile devices are handling more and more of our personal information. The apps not only provide detailed server lists and favorites, but some of the nicest graphical monitoring tools you can ask for. An interactive map is also available for quick global server selections. As far as detail and monitoring data goes, VyprVPN is probably the most complete client app we have come across so far.

There are also apps for Blackphone, QNAP, Anonabox Tomato-based routers and smart TVs. In addition, you will find tutorials that will allow you to set up the service on other platforms such as Boxee, Blackberry, Synology NAs and routers running DD-WRT firmware. The variety of platforms supported and the high quality of the apps available, are another highlight of VyprVPN. The exclusive Chameleon technology allows journalists and everyday users to bypass restrictions applied in countries like China, or UAE. VyprVPN is an effective solution to bypass geo-blocks that prevent you from accessing international content.

Speed is a category in which VyprVPN excels. Overall speed and stability are among the best. VyprVPN claims to be the fastest VPN service and while that claim is impossible to confirm, during tests, we got close to maxed out bandwidth on various locations. The fact that VyprVPN has complete control over the network probably helps. There was minimal latency while performing any of the typical browsing activities ranging from streaming video to gaming. The speed seemed more or less the same across most popular regions, but as expected, further locations slowed the connection. If you connect to a server in a distant location, you are more likely to experience a drop in speed, but this happens with any VPN service. Recently, VyprVPN invested on upgrades to boost the speed of its servers located in Europe and the APAC region. While the provider has already achieved fast performance, it is constantly working to improve its network and offer customers the best possible experience.

Stability is another strong area for VyprVPN and again, this probably has a lot to do with the fact that it manages its own network. During testing, we didn’t experience a single connection loss. Great performance overall, plus the apps seem to have been well developed, providing a pleasing and bug-free experience on desktop and mobile platforms.

You will be able to enjoy your favorite content on YouTube, Netflix, Hulu and other streaming services. VyprVPN is one of the few services that can give you access to Netflix US and UK, as well as other popular streaming services that are subject to geographical restrictions such as Sky Go, Hulu, BBC iPlayer, Amazon Prime and HBO. All Netflix US servers tested successfully unblocked the service from outside of the United States. Thanks to having fast servers, high bandwidth connection users can stream multiple high definition screens at once.

Currently, there are two plans available: a basic plan known simply as VyprVPN and an advanced option called VyprVPN premium. The Vyprvpn basic plan starts at $9.95 per month or $5 a month when billed annually, and allows for up to 3 simultaneous connections per account. It offers all the standard connection protocols; PPTP, L2TP, and OpenVPN, but it doesn’t include VyprVPN’s Deep Packet Inspection protocol known as Chameleon. If you need to use VyprVPN in China, or other countries where VPNs are blocked, the premium plan is required.

The premium plan has three key differences from the basic package. The first one being that each account allows for up to 5 simultaneous connections instead of 3, and costs $12.95 per month, or $6.67 when billed annually. The most important difference is the option to use VyprVPN’s proprietary OpenVPN protocol called Chameleon, which provides protection against DPI, works well in China, and other similar countries with restrictive VPN rules. Finally, the premium plan also provide a Cloud VPN server which can be very useful if you need to manage your own dedicated cloud VPN server.

It is worth mentioning that VyprVPN plans to simplify things by offering only one account plan. The new plan will include all the features supported and it be available as a monthly, annual and by-annual subscription.

VyprVPN offers a 3-day free trial that lets you try the service to find out if it meets your expectations. There is also a 30 Day Money back guarantee, but if use the 3-free trial, it is not possible to get this guarantee as well. If you pay using PayPal, you are only eligible for a 30 Day Money Back Guarantee. Apart from cards and PayPal, VyprVPN supports Alipay as method of payment. Unfortunately, Bitcoin is not an option supported at the moment.

VyprVPN is perhaps the company to beat when it comes to support. The service has agents available around the clock, 365 days a year. Online chat is available on the website, and tickets can easily be submitted for support. We tested the online chat and received fast and helpful replies within seconds. Along with email and online chat support, Golden Frog has an active Forum and forum section where customers can interact directly with the developers and submit ideas on what features VyprVPN should add next. There’s also plenty of graphical setup tutorials to help you get started on a variety of devices.

Before VyprVPN updated its privacy policy, P2P fans and privacy conscious users were disappointed by the logging practices. Now that VyprVPN has become a zero logs provider, which has been confirmed by an independent audit prepared by Leviathan Security, the service has definitely got even better. We already liked VyprVPN’s stellar encryption, the advanced Chameleon protocol, the excellent network and exclusive DNS technology, and now the no-logs policy is the cherry on top. VyprVPN offers amazing speeds and the software applications are designed to give users a hassle-free experience. Although the price of the plans is slightly higher than what other providers charge, this could be justified by the advanced technology and excellent tier-1 network that VyprVPN supports. Plus, you can test the service for free for three days or sign up for a plan without worries, thanks to the 30-day money back guarantee. The main downside is that at the moment, Bitcoin (or other anonymous payment methods) is not accepted. This would be a great addition to make VyprVPN a truly complete solution for privacy protection.