Google is taking security seriously in Android, with the company’s promise to release security updates for its Nexus devices on a monthly basis as a big step in the right direction. Now, Google has decided to enable Safe Browsing in all of Android – starting with its Chrome web browser. According to Google,

The Android platform and the Play Store have long had protection against potentially harmful apps. And as our adversaries have improved their skills in trying to evade us, we’ve improved our detection, keeping Android app users safe. But not all dangers to mobile users come from apps.

This is the reason behind why Google has decided to enable Safe Browsing across all of its mobile experience, not just apps but also web browsing in general. “Google Safe Browsing has been protecting well over a billion desktop users against malware, unwanted software, and social engineering sites on the web for years. Today, we’re pleased to announce that we’ve extended our protective umbrella to hundreds of millions of Chrome users on Android.” The Safe Browsing protection that has been on desktop for some time is now in mobile for smartphones, laptops, and tablets. And, whereas it has been available in mobile but was only utilized by those who took advantage of Google’s data saver in Chrome, all users will have it enabled now without manual activation. 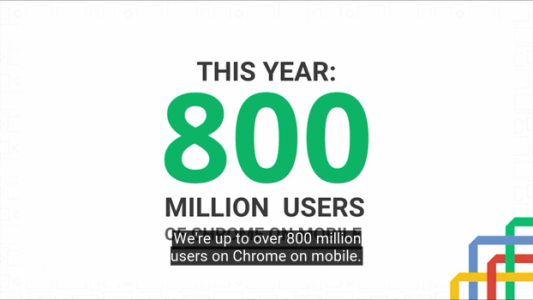 The Safe Browsing initiative that has come to desktops and now Chrome, Google’s mobile web browser, will eventually make its way to all of Android. Safe Browsing will become part of the regular Google Play Services update, with version 8.1 marking its entrance. With each Google Play Services update, Google will update the Safe Browsing experience so that you’ll never need to worry again about phishing scams or attacks. Google says that Chrome’s new Safe Browsing initiative that is enabled in the web browser by default will also preserve your privacy as well as minimize the cell data size required to utilize it when you’re surfing the Web.

Over 800 million users now use Google’s Chrome web browser, with Google having experienced a 2X increase in the number of mobile Chrome users between 2014 and 2015.

That being said, don’t just rely on Google to protect you, that’s why we recommend you have a VPN service to add another layer of security and protection. If you don’t have a VPN already, check out our article on some of the best VPNs around.