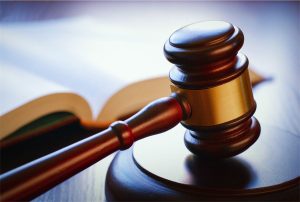 VPN services seem to be everywhere these days as more and more internet users are taking steps to enhance their security and keep their online activities private. VPNs also allow people to bypass restrictions and enjoy freedom to access the content that they want. In countries where the internet is subject to strict restrictions, VPNs are also a solution to defeat censorship. However, the use of this technology raises some questions for those who live in places with repressive governments. The main concern in these cases is the legality of VPNs. While in the majority of countries, privacy is considered as a right, following the UN convention, there are some locations where authorities try to prevent citizens from using a VPN. For instance, China, Egypt and Iran have blocks in place to stop people from using VPNs, but they don’t impose criminal charges on those who use them. In Russia, domestic VPN services require a license from the government, but there are no legal actions against the people who simply use services that are not licensed. To help you understand better the legality of VPNs, this article will focus on the locations where VPNs are banned, subject to restrictions or illegal.

What to do when using a VPN is against the law?

The same goes in cases where criticizing the local government is considered as illegal. As long as you don’t use a VPN service for actions that are criminalized internationally, there is not a big chance of your provider handing over your information. However, if a VPN receives enough evidence from law enforcement, showing that a serious offense has taken place, the provider will probably cooperate willingly. In the end, as much as a VPN provider promises to keep its customers protected, you can’t expect them to put customers first when it comes to criminal activity. If you used the VPN to commit a crime, you are on your own. One thing to note is that VPN providers that don’t keep logs, wouldn’t be able to provide a great deal of information, even if they are forced to hand over whatever they have to law enforcement. Still, it is not possible to fully trust any VPN that claims that no logs are kept at all. That doesn’t mean that you can’t find reliable services, but you need to be careful and read carefully the privacy policy of any VPN that you are considering.

Since the popularity of VPNs has experienced a significant growth over the last few years, using a VPN is a common thing and it doesn’t necessarily raises suspicions about your online activities. The fact that they are widely used also means that it is not easy to block VPN traffic without affecting the normal operation of businesses in a country. That doesn’t mean that some nations (including China) are not willing to implement strict measures to prevent the use of VPNs. In addition, it is important to keep in mind that there are restrictions in place, not only in countries that are known for their harsh online censorship. In many school campuses and workplaces around the world, certain websites are blocked. This may be to ensure that you focus on your tasks instead of using Facebook all day or watching videos on YouTube. In any case, if you try to use a VPN to unblock the content, you need to keep in mind that you would be acting against the rules of that institution or company, which could land you in trouble.

Where are VPN services Illegal?

Now, we will go through the list of countries where the use of a VPN is against the law or at least, where using a VPN comes with some restrictions.

In 2016, the government in the UAE declared that tampering with the internet was illegal. The problem is that it is still unclear if this means that using a VPN goes against the law or if it is only a crime when it is used to access content that is banned in the country. In spite of the fact that breaking the law could lead to a hefty fine or prison, VPN services are very popular there. Most people who have moved to UAE from other countries, use VPNs to bypass geographical blocks in order to get access to a wider selection of content. Although in this case, authorities are less likely to prosecute people, there is not certainty about it. Still, the bigger risk is for those who use VPNs to bypass censorship to access or share content that criticizes the government. It seems like VPN services are not blocked, but if you decide to use one, it is advisable that you look for a solution that can hide the fact that a VPN is in use, with the help of obfuscation technology.

Popular websites and apps like Twitter, Telegram messenger and Facebook are blocked in Iran. It is only possible to use local VPN providers that have been approved by the government. People in Iran are banned from using international VPN providers in order to get around the blocks. Although according to the law, those who are caught using a VPN to access a banned website can face jail time, the truth is that many people in Iran are likely to be using a VPN since there are millions of Facebook and Telegram users in that country. In fact, it is widely believed that even those in the government use VPNs to bypass the restrictions and to date, there are no records of arrests related to this activity.

The situation in Iraq is not clear, but according to some reports, VPNs are banned there to ensure that the Islamic State can’t use this technology. In any case, it is unlikely that Iraq has the technical resources to block or detect the use of VPNs. That being said it is possible that in reality, the Iraqi government is able to monitor internet use closely.

The government in North Korea is known for implementing strict control over the population. Most people in the country have no access to the internet or their access is very limited. Only a selected group of citizens can use the internet and it is likely that everything they do online is under the government’s scrutiny. While keeping this in mind, it is easy to assume that the use of a VPN is a major no no in the country, there is no confirmation regarding the existence of a law that bans VPNs in North Korea.

In Turkmenistan, only a few people can get access to the internet due to the high costs. Even those who can get online, have to deal with painfully slow performance and the online censorship that is in place. The Turkmenistan government can detect the use of VPNs and similar technology, and those who use them, are likely to be arrested and interrogated.

In Oman, the use of any form of encryption without the required license from the government, ism against the law. However, considering that even simple online shopping actions involve encryption, in reality, the law is unlikely to be applied. Some reports indicate that internet users can only use local VPNs that have been approved by the government, but even in that case, the rules are not really followed. The truth is that it seems that many people in Oman rely on VPN to get around online restrictions in Oman.

There is a lack of clarity regarding the situation in Syria. The war has impacted all areas, including the stability of internet access, and there is a great deal of content blocked in the country. In addition, political dissidents and journalists have faced attacks as the government is in control of commutations. Mobile phones with SIM cards from Turkey, as well as illegal satellite connections are some of the options to get access to the internet in Syria. However, if you are there, you would need to be extremely careful with the way in which you access the internet.

When we talk about online restrictions, one of the first countries that comes to mind is China. The country is known for its Great Firewall, which is a highly advanced censorship system that prevents the population from accessing certain content. Since China has implemented a complex infrastructure to ensure that the restrictions are not bypassed, it doesn’t come as a surprise to know that the government doesn’t want people to use VPNs. There are different measures that intend to block access to VPNs that are not based in China, including Deep Packet Inspection. The majority of VPN websites are blocked and the only VPNs allowed are those that have registered with the government. In spite of the blocks, many international VPNs are still working in China thanks to features like stealth technology, which hides the fact that a VPN is in use.

Towards the end of 2017, Russian president Vladimir Putin signed a bill that criminalizes the use of VPNs and proxies. However, the reality is that Russia doesn’t have the necessary technical infrastructure to block international VPNs. At least, it is not at the same level as China in this regard. However, the Russian government has forced local ISPs to block access to the websites of VPNs that are not based in Russia. At the same time, local VPNs have to block content that the government doesn’t approve of. In addition, international providers had to stop using servers located in Russia. However, there are reports that indicate that in spite of the blocks, it is still possible to access VPN servers outside Russia and there are no reports of actions against people using them.

Egypt is another country where a large number of websites is blocked and in order to keep it that way, the government has opted for blocking VPNs as well. Apart from preventing people from accessing VPN websites, ISPs employ DPI techniques to detect and block VPN traffic. The only way to bypass this is with obfuscation, the technology that hides the use of a VPN protocol.

In Vietnam, popular international websites are also blocked. In addition, the tools that can be used to get around the blocks, have also been restricted. Access to many VPN and proxy websites is not allowed. The government even has a system in place to fight against opposition and to censor content. In order to get around the blocks imposed on VPN websites, it is advisable to use obfuscation technology.

Although Turkey can’t be officially included in the list, it is a country that is also known for blocking content that is deemed as offensive. YouTube has been banned in the past and with the increasing powers of the president, we are likely to see more restrictions placed on the internet.

Testing your web browser for cryptojacking 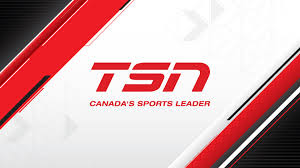 How to Watch TSN in USA (outside Canada) 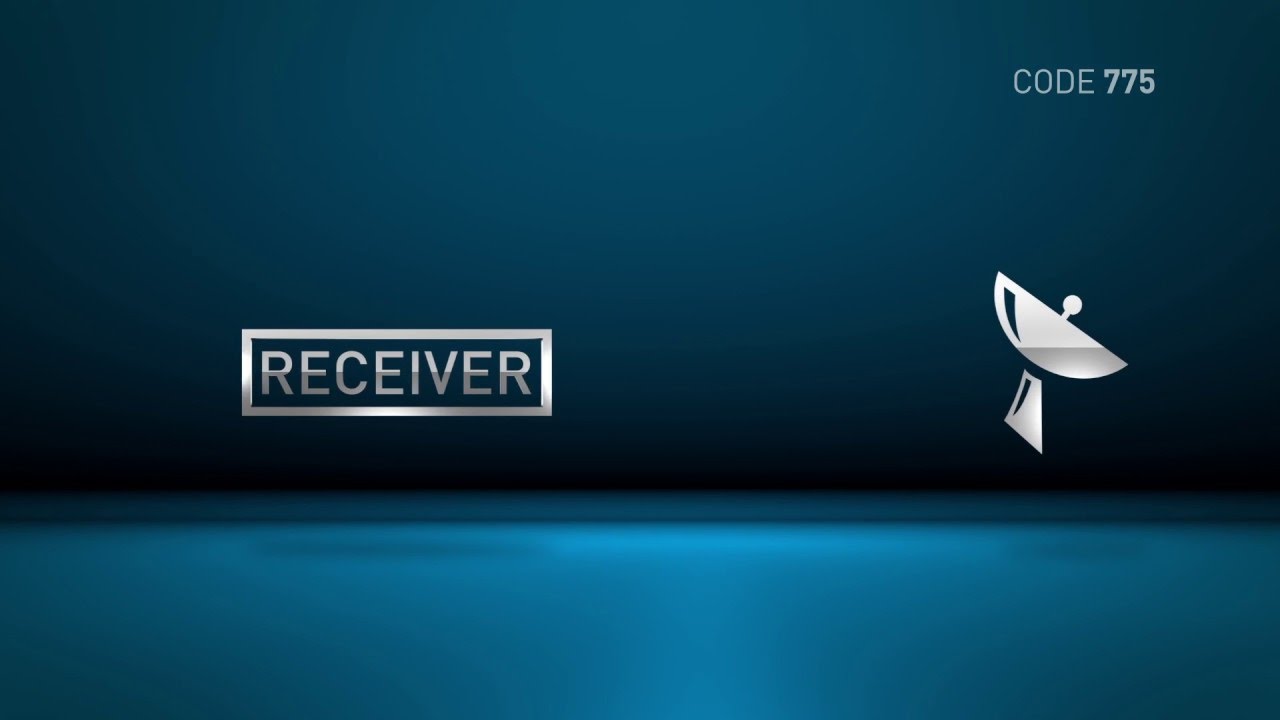 Check Also
Close
Follow Us
Contents hide
1 What to do when using a VPN is against the law?
2 Where are VPN services Illegal?
2.1 United Arab Emirates
2.2 Iran
2.3 Iraq
2.4 North Korea
2.5 Turkmenistan
2.6 Oman
2.7 Syria
3 Countries that place blocks on VPN services
3.1 China
3.2 Russia
3.3 Egypt
3.4 Vietnam
3.5 Turkey
Facebook Twitter WhatsApp Telegram
Back to top button
Close
Close
Close
Close
Log In
Exclusive Offer: Get a 49% Discount off ExpressVPN   Get This Deal