Ireland is among the freest and most open Internet infrastructures in the world. Citizens and travelers enjoy the freedom to accesses the Internet without the fear of censorship or governmental surveillance. In their 2014 report, Reporters Without Borders ranked Ireland 16th out of 180 countries, putting them near the top of the list. Without surveillance and strict Internet censorship, users might be lured into a false sense of security and think they don’t need to secure their Internet connection with a VPN tunnel. But this isn’t true for several reasons, as we’ll discuss next. 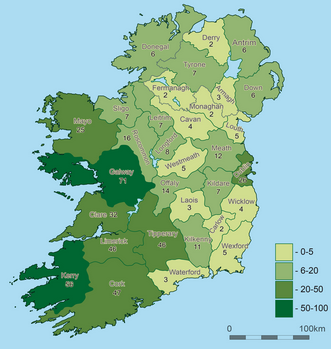 Even though Ireland doesn’t implement domestic surveillance techniques, there are still many other countries who do. When any given user in Ireland access resources on the web, the chance that all of them – or even most of them – are hosted domestically is next to nil. We live in a globalized world, and the server you access could be located on the other side of the planet or cross entire oceans before reaching its intended destination.

As unsecure data flows through the public Internet, it crosses many different geographic boundaries. This means that your data could flow through multiple countries, each with their own surveillance programs, before it ever reaches the server. Would you really want your personal information stored on a server owned and operated by foreign strangers? Of course not, that would be a terrible invasion of privacy. Unfortunately, countries like the US have wiretapped communications that are one end domestic and one end foreign in the past. For all we know, they could still be doing it today.

And let’s not forget hackers. There are plenty of people that would love to steal your information. Whether an innocent looking strange in a café or a stranger wearing a black hood as he pounds away on his keyboard in his basement, hackers are a real threat. For better endpoint security and to ensure that hackers, thieves, and governmental agencies can’t get their hands on your data, you really need to use a VPN tunnel to encrypt transmissions.

Users in Ireland will also discover that a lot of websites are blocked. It might come as a shock since the government doesn’t censor a whole lot of content. However, many web service block incoming connections based on their global IP address. They do this for a variety of reasons including copyright agreements and license restrictions.

But this can be a real pain when all you want to do is stream video content or listen to streaming music. Services like Amazon Prime Instant Video, Hulu, Netflix, Pandora, Spotify, and many others aren’t available all over the world. Fortunately, these problems can be solved with a VPN tunnel. A VPN service will (for the most part) circumvent all of these restrictions by masking your IP address. There are a few exceptions, because some services have blocked certain IP address blocks from VPN providers. However, VPN services are constantly adding new IP addresses, so it’s almost impossible for them to keep up with every service. With that said, let’s take a closer look at the best VPNs for Ireland.

ExpressVPN is our first pick for users in Ireland because they have a very robust and flexible service. Since Ireland is such a free and open place to use the Internet, users are most likely concerned with security features of their service as opposed to global server locations. However, they do have servers in 78 countries, and they have customer support staff standing by 24/7 to help you out should you run into any technical difficulties. In addition to a 30-day money back guarantee, they also have reliable servers that guarantee 99% uptime and allow unlimited bandwidth and data. However, they are based in the United States and they cost $8.32 per month with a 1-year subscription – which is more than the majority of competing providers.

NordVPN takes the security of your internet traffic to the next level with features that prevent others from finding out what websites you visit, read your conversations, check your personal information, etc. NordVPN allows users in Ireland to keep their data protected against hackers and other threats. If you want to keep your Irish IP address, NordVPN has plenty of servers in Ireland that you can connect to. NordVPN also offers fast speeds and more than 5000 servers distributed in more than 50 countries. This means that you can access international content as well.

PrivateInternetAccess is similar to PureVPN in a few regards, namely that they are both low cost providers that allow up to 5 simultaneous connections per account, which is great if you have family, friends, or a lot of devices to secure. However, PIA is one of the most inexpensive providers, and an annual subscription makes the monthly cost only $3.33. Though they only have servers in 24 countries, they are in all the popular locations to help users unlock geo-restricted content, and they are great for Bit Torrent users since they permit P2P traffic on their network. Furthermore, there are fantastic ancillary features to their service including DNS leak protection, 24/7 customer support, unlimited bandwidth, and no data restrictions.

CyberGhost is ideal for users in Ireland who want a fast VPN that doesn’t forget about the importance of speed. With CyberGhost, you will be able to keep your information protected and at the same time, will have the chance to bypass restrictions and access content from around the world. CyberGhost has servers in Ireland, which comes handy if you won’t want to lose your Irish IP and access local services. Otherwise, you can connect to servers in at least 50 countries more. No logs are kept of your activities.

VyprVPN is a good choice for users who distrust the US government and businesses based in the US since VyprVPN is owned and operated by a company out of Switzerland. They have one of the best no-logging policies, and they even have a free trial of their service, though it is constricted with monthly data limits. Furthermore, VyprVPN has moderate global coverage with 700+ servers in 50 countries, and they have a tiered pricing structure with different packages. Some of the better packages include extra security features such as a NAT firewall, up to 50GB of cloud storage, per-app tunnel routing, and a VPN kill-switch. Last but not least, the basic plan is pretty cheap, though we would recommend users opt for the pro version of their service since it is a better value and it only costs $6.25 per month.

Surfshark is still relatively new when compared to other providers available. However, it has become a favorite choice for many due to its good combination of security, fast speeds and ease of use. Surfshark is a powerful solution that can be used on multiple devices at the same time, since it doesn’t place limits on the simultaneous connections that can be used. If you are in Ireland and want to enjoy high security for your internet traffic, as well as freedom to enjoy access to content from anywhere. 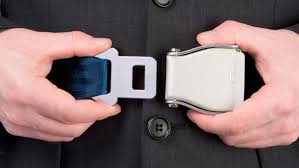