There are growing concerns in Brazil where a World Cup which has already been plagued by controversy, protests, and violence has now come under fire from the hacker community.  Hacktivists around the world, including the infamous Anonymous Collective, are now vowing to attack World Cup sponsors in protest of the lavish amounts of money being spent to host the tournament while the citizens of Brazil struggle for access to basic necessities.  It may prove to be a popular decision among the native Brazilians.

Brazil has been thrown into turmoil over the hosting of the World Cup and just two years later the Summer Olympics.  The people, desperate for a better quality of life have been protesting the moves to spend such exorbitant amounts of money on sporting events while the majority of Brazilians barely have enough to survive.  The conflict has raised security and ethical concerns at a time when Brazil could not be more visible on the world stage.  With all eyes towards Rio, Brazilian officials have had to deal with a standoff that has stretched on for what seems an eternity, has left a black eye on Brazil, and a bitter taste in the mouths of organizers, protesters, and fans alike.  Protests have, on several occasions, taken a turn for the worse when the police’s questionable tactics and liberal use of tear gas has only served to further incite protesters already furious at a government they see as having forsaken them.

Hackers have already managed to hack the official world cup site several times including one incident where all content was replaced with a youtube video of Brazilian police firing tear gas into a group of protesters.

A hacker going by the alias Che Commodore, claiming to be a member of Anonymous, recently spoke to Reuters via Skype.  He had the following to say, “This time we are targeting the sponsors of the World Cup… We have already conducted late-night tests to see which of the sites are more vulnerable…We have a plan of attack.”

Officials are taking this latest threat extremely seriously as they’ve just recently gotten a taste of what the popular hacktivist group is capable off.  Just last week they were able to hack into the Brazilian Foreign ministry and leaked several important documents including e-mails.  The foreign ministry would later confirm that 55 e-mail accounts had been comprised but were quick to note that no documents, other than attachments in the aforementioned e-mail accounts, were accessed.  Che Commodore described the attack to Reuters, “A hacker known as AnonManifest used a phishing attack to break into the Foreign Ministry’s databases and eventually access its documentation system.”  While it is not immediately clear whether Che Commodore is actually a member of Anonymous, the usually vocal group has not disavowed him publicly.

Che Commodore would go on to list a series of big name sponsors allegedly being targeted.  This list included companies such as Coca-Cola,  Emirates Airline, Budweiser, and Adidas.

If you live in Brazil and worry about your own privacy, check out our top VPN picks for your country. 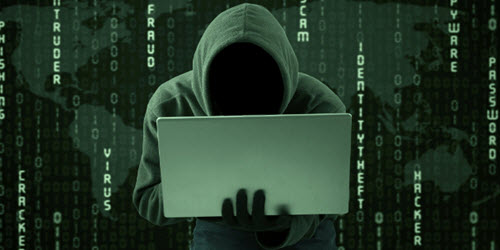